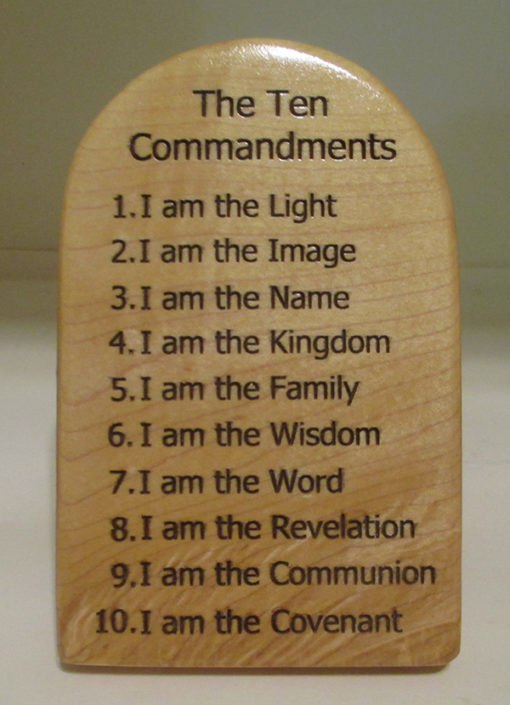 From the introduction to the “Keys of Enoch: The Book of Knowledge by Dr. J.J. Hurtak

Enoch told me the first fifty-four Keys are to be the foundation for the Ten Commandments – the ten final Keys that will give the grid systems
of life and the resurrection and respatialization of the collective humanity that will proceed into the universal I AM THAT I AM. This is the Divine Unfolding of the Kingdom of Light, connecting the human evolution and the Higher Evolution in its appointed time.

The final ten Keys, however, are to be given as a special scroll after the witnessing of the message of the B’nai Or, the Sons of Light, has been
given to the special scientists and spiritual thinkers of this planet as a testimony of the Father’s Plan being finalized by the Councils of Higher
Intelligence. Enoch showed me how the last ten Keys – the Ten Commandments – were pyramidal grid structures of Light coordinating the dynamic vibrations, the gravitational vibrations, and the vital cycles according to the Divine Plan of YHWH.

From the Epilogue to the Keys of Enoch,

1 Metatron said: “You have received these things because you have forsaken the things of thy ‘Self’ and have applied yourself diligently to searching out the scriptures. Know, then, that the ten last Keys are the Ten Commandments.’ They are the pyramidal grids of the Living Light, the Sha’are ‘Orah, the “Gates of Light” for this life and the life to come.

Be the first to review “Ten Commandments” Cancel reply